skip to main | skip to sidebar

Worldwide, people are passing up on the prick (Traducido)

The Health Advisory & Recovery Team (“HART”) has reviewed the graphs from Our World in Data relating to Covid “vaccine” doses administered per 100 people. The data shows that across the world, with a few exceptions, people are rejecting the injection.

“North America and Africa are now outliers for vaccinations given per day with the populations of many countries having stopped cooperating with the vaccination plans of their public health officials,”  HART wrote. 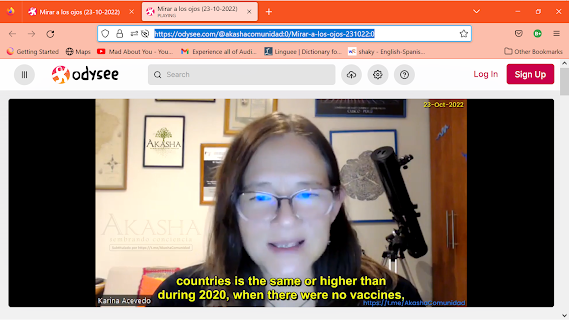 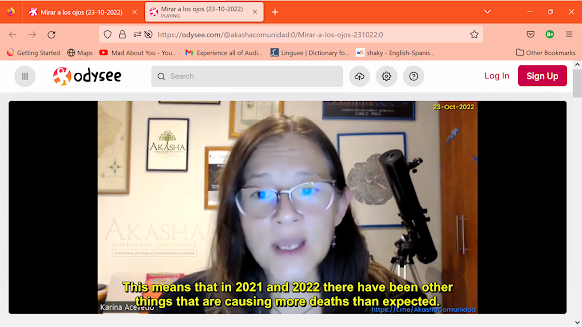 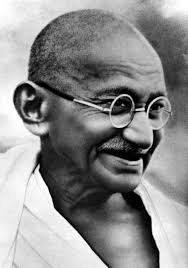 This video is in Spanish.   Anna was born in Bacolod, Negros Occidental.  She became a successful businesswoman in Spain.  Then something happened and she decided to rescue children in the land of her birth.

Here is another with English subtitles:

Another video that includes other help they provide, to workers in a garbage dump: 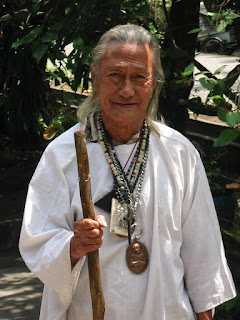 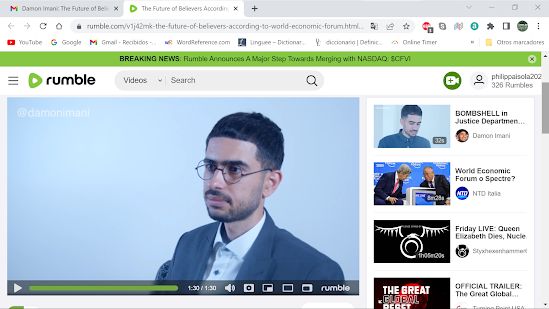 The Future of Believers According To The World Economic Forum

https://rumble.com/v1j42mk-the-future-of-believers-according-to-world-economic-forum.html
Posted by Liz at 8:02 AM No comments:

Virginie De Araujo Recchia:  Thank you very much, Professor DeSmet, it was really, really interesting and I would like to make some observation. Throughout the current crisis it would seem that the goal has been to consciously disable our senses, look down, masks, social distancing, has led to the absence of tenderness, touching, smiles, and all the energies that generate the highest vibrations. This leads to a psychological as well as a physical disease, since we know, for example, that touching is very important in order to acquire a certain balance. Only low, raw emotions are allowed and we can observe a real submission, the collective depression. As you say, it’s a perfect narrative, knowing that the virus is an invisible enemy which allows to increase the paranoia.  I am personally very concerned about the new generations with the use of masks, isolation, adult anxiety propagated by the mass media.  As you explained very well, the mass formation can lead parents to accept such treatment toward their own children. Then the new technologies have come to increase the distance from spirituality. Do you agree on this point?  If technology can replace spirituality?

Prof. Desmet:  Technology has replaced spirituality---I believe rational understanding has replaced spirituality to a certain extent, yes.  Technology can be used to spread information, also [information] about spirituality, I think, but then ---this is also described in my book--- technology destroys the resonance between people ---that’s for sure.  The use of technology is perfect to spread information around the world, perfect, but it destroys the core, the human core of human interactions.  It stops the resonance. There is a little bit of resonance when a conversation is digitalized, but much less than in a real conversation.

So technology is, in my opinion, the industrialization and the technology use, together with this rationalist, mechanist thinking, the real cause of mass formation and totalitarianism. It’s the real cause.  The ultimate cause has to be situated in the tradition of the Enlightenment and the fanatic belief in Rationality as the Guiding Principle of human existence.

That’s an illusion. And all the great scientists pointed in that direction [of the illusion].  They all left this rationalist view of man in the world, and claimed that only a very small part of reality can be understood in a rational way, and that for the rest, we can only know reality by empathically resonating with it.

So, the ultimate cause of mass formation and totalitarianism ---but it would take us too long --- far to explain this now--- but in a series of steps you can really understand, that both in the development of the elite, and the development of the psychological conditions in the masses, in the population,  it is the use, it’s the rationalization in the world, the industrialization of the world and the use of technology, that is the real cause why both the elite and population evolved in a way that prepared it for totalitarian dominance.

The entire planet, all of our nations and societies, are experiencing Mass Formation.

It is identical to Mass Hypnosis.

It is a collective phenomenon that has happened many times in the past, especially in times of revolution, totalitarianism, fascism, and nazism.

We need to understand this phenomenon because we are in the midst of it.

Here is a good resource from the Court of Public Opinion: 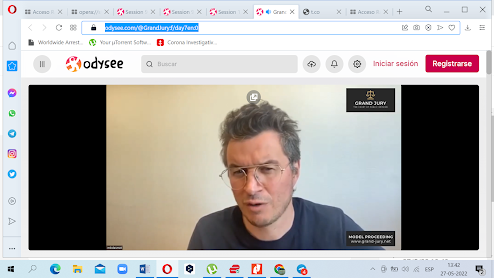 A group of international attorneys and a judge are conducting a criminal investigation modeled on the grand jury proceedings to present to the public all available evidence of past crimes against humanity related to Covid-19 of the "leaders, organizers, instigators, and accomplices" who assisted in the formulation and execution of a common plan for a pandemic. This investigation is of the people, by the people, and for the people, so YOU can be part of the jury.

By presenting a complete picture of the factual situation, including the geopolitical and historical background, the trial aims to raise awareness of the collapse of the current hijacked system and its institutions.

This is a video review (quite informal) of this new book that vindicates the lifelong cultural contributions of don Guillermo Gómez Rivera to Filipino culture: the preservation of Spanish and our maligned, rendered invisible and nearly erased, Hispanic-Filipino heritage. 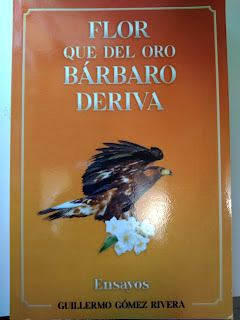 Paste the Zoom link below onto your browser, since my video doesn't seem to be loading...
https://us02web.zoom.us/rec/share/YRWHIGpx8tf8uSLmvORoYyLgsN0RSYwZyCj3BiI5kCH6rONKCR-9Pk1KDZB-Q9E.8eBv5Thb089uOgj_